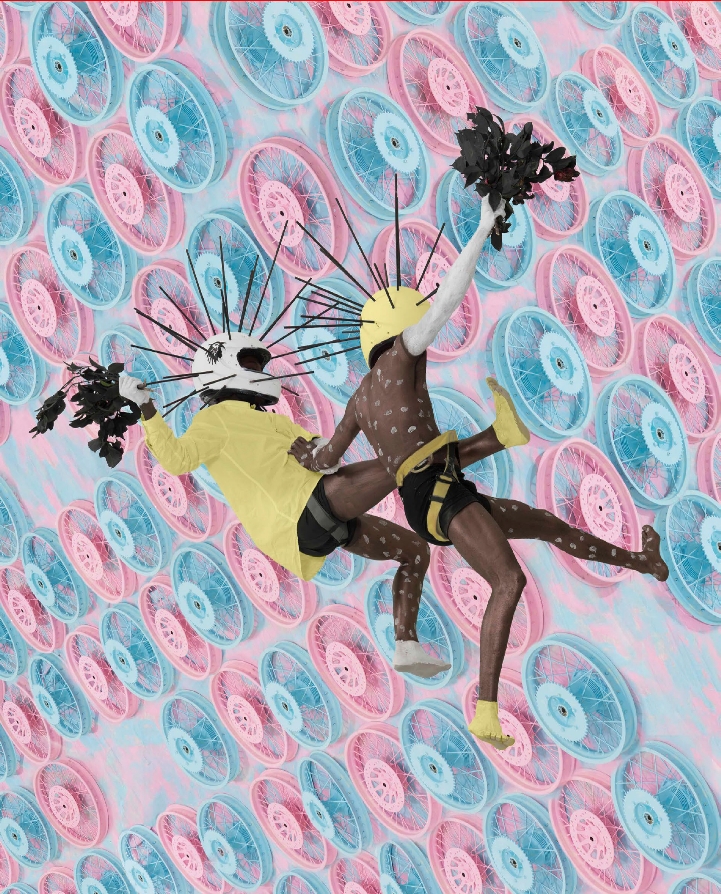 More than 100 galleries and exhibitors from around Africa and the world will be taking part in the upcoming Investec Cape Town Art Fair, at the Cape Town International Convention Centre (CTICC) from 15 to 17 February 2019.

The Cape Town art scene, currently one of the fastest-growing in the world, is a compelling destination for the expected 18 000 visitors, collectors, galleries, curators, artists and art journalists from around the globe.

Now in its seventh edition, organizers of Investec Cape Town Art Fair 2019 have once again pulled out all the stops to ensure that visitors view the best of contemporary African, and international art and that the experience doesn’t stop at the CTICC doors.

Aficionados and neophytes gather for deliberations at Investec Cape Town Art Fair where the Talks Programme turns towards the mid 21st Century, an epoch of schismatic change and undefined perspectives. The panel “Curating in the 21st Century” will feature esteemed scholars and curators from diverse localities to unpack the state of exhibition making today.

Participants include Renaud Proch Director of Independent Curators International, New York City who will be joined by Chief curator Khwezi Gule of Jo’burg Art Gallery. This panel will anchor the series of talks touching on everything new, safe and unchartered in the art world.

Collecting digital arts is another topic that is growing popularity in this information age. Tegan Bristow, Head of Digital media at Wits University, will bring together a host of multimedia adventure seekers from the country’s most exciting online initiatives.

Additional talks will wrestle with issues of copyright, creative hubs and, to round off, in depth conversations with renowned international artists whose work will hang at the art fair and around the city.

TOMORROWS/TODAY is a curated cross-section of the most exciting emerging and under recognized artists from Africa and around the world selected by Investec Cape Town Art Fair curator Tumelo Mosaka.

The local art scene is not short of rising stars, nor is it short of blazing stars. The point is how to get the one to develop into the other. “For Investec Cape Town Art Fair visitors who intend investing in the future, or invest their time in exploring the present, it’s important that the art fair sets the bar while ushering in a new crop of artists, annually,” says Mosaka. “For this reason the fair has established this major platform.”

As the title implies, the ongoing theme is one of transformation showcasing the most thought provoking voices. Mosaka will also head up a jury that will award the annual cash prize to the most promising and dynamic booth from the section.

The 2019 incarnation of the ongoing SOLO section of Investec Cape Town Art Fair will explore the effects of the digital world on our lived realities. As its name suggests, the extensive exhibition will include solo presentations. But this year it is the mediums that will bear the message as artworks reflective of new and traditional skill sets that will hold a deep conversation with one another. So get into the unstable relationship between the physical and digital space, the real and hyperreal.

By progressing to new traditions it is hoped that emerging practitioners and collectors will begin to think more analytically about how the digital world impacts art. Digital practices may be a powerful force in our everyday lives, yet in our context there has not been enough opportunity in the visual arts allowing practitioners from different strata to exhibit alongside one another. And here it is.

The list displays an eclectic mix of exceptional talents whom, besides being young and audacious, also explore a new aesthetic of commodity and the personal in a globalised world.

South Africa’s ebullient gallery circuit is fully represented at Investec Cape Town Art Fair, meaning that a swing down the art fair isles will give visitors a full picture of contemporary South African art. But the range of vision of anyone hoping to critically evaluate, or buy a stake in, a particular artist’s career needs to include an awareness of creation beyond the borders of home.

At the upcoming fair galleries of the continent will integrate into the mainstream of South African consciousness, and the abundance of galleries from African centres attests to the desire for dialogue and stimulus on the African art scene. Or perhaps all they want is just to be in Cape Town when the whole art world will be playing together, there, in February.

Either way, the African galleries represented at Investec Cape Town Art Fair include Afriart Gallery of Kampala, Nairobi’s Circle Art Gallery, Espaco Luanda Arte, First Floor Gallery of Harare, Louis Simone Guirandou Gallery of Abidjan, Omenka Gallery of Lagos and This is not a White Cube also from Luanda. These, as well as galleries from Western Centres specializing in African contemporary art, will no doubt pay homage to, and benefit from, the current zeitgeist.

While on the world stage, the practitioners of contemporary African art have proved that endurance is a necessary aspect to the mix; and it impacts positively on the form the artwork will take on completion.

This year saw William Kentridge celebrated at the Tate Modern for his production The Head & the Load; and Kemang wa Lehulere was celebrated for his first solo exhibition at the Marian Goodman Gallery in London.

The list of top international galleries represented at Investec Cape Town Art Fair is looooooooong, proving that the southern tip of Africa is not at the tail end of the wider world’s collective consciousness. Check them out: they come from Melbourne, Paris, London, Rome, Milan, Brussels, Hamburg, Dubai, and the list goes on.

6. TAKE TO THE STREET

ART WEEK CAPE TOWN needs no introduction to local denizens of the art world. Now in its seventh year, it is aimed at strengthening and increasing access to Cape Town city’s contemporary art sector. What began in 2012 as a small project driven by the simple idea of highlighting local contemporary art the project has grown into an important annual festival, shining a spotlight on wider Cape Town contemporary arts practitioners. The ART WEEK project pulls together galleries, public institutions, curators and artists for one week of open access events and activations.

“While the city has the infrastructure to push the art agenda, it’s also a highly sought-after holiday destination. Voted the Best City in the World by The Telegraph there isn’t a shortage when it comes to the best restaurants, beaches and bars,” says Vincenti. “It’s got everything and it’s the right place for artists to develop their activities and for collectors to enjoy.

“From authentic seafood restaurants such as Panama Jack’s in the heart of Cape Town harbour, to trendy gin bars on Bree Street, cafe culture in Cape Town including Jason’s Bakery, Cafe du Cap, Honest Chocolate and cultural hubs throughout the city.”

And for those looking for something a little different and off the beaten track you can spend the night at the comfortable Overseers Cottage on Table Mountain or take a unique musical tour into the homes of local jazz musicians for an unforgettable evening of music, intimate conversation and a bord kos (plate of food), usually braaied snoek or pickled fish.

You can also forage for edible indigenous flora in the Cape Point reserve with fynbos experts, Roushanna and Gael Gray or hop on (and off) the Franschhoek double-decker railway tram, which takes visitors to spots that offer superb cuisine and award-winning wines.

“We’ve got top hotels, top restaurants, and top attractions. Now is a perfect moment for the city to be seen, to be explored,” says Vincenti.

Last year, artists Lungiswa Gqunta, Turiya Magadlela and Sethembile Msezane were commissioned to present installations about the everyday lives of ordinary women, elevating somewhat mundane objects to tools of disruption. This ushered in a new perspective on the Unframed section of Investec Cape Town Art Fair in which the fair itself would function as a platform for the commissioning of new work, thereby creating impact beyond the confines of the art fair.

The Unframed section of the fair is a welcome activation in which highly regarded rising stars are able to commune with their public and allows visitors to experience installation outside of the gallery booth context.

By taking cognizance of the broader context of the fair, Investec Cape Town Art Fair welcomes participation from initiatives that, out of necessity, play a leading role in fomenting change on the subcontinent. The Cultural Platforms section Investec Cape Town Art Fair is dedicated to non-profit art institutions working both locally and in Africa. It aims to highlight the networks and methods of working outside the market. Collectives and arts organizations such as Village Unhu from Zimbabwe and the ZOMA Museum from Ethiopia have in the past, been represented. As initiatives that integrate the arts, they make a vital contribution to repositioning ideas of change on the continent.

Lady Skollie, Masego “Maps” Maponyane … who’s been and who’s yet to come? An event like Investec Cape Town Art Fair is not only about the art on the walls, it’s also about the people that regard it. The art fair welcomes schools, and reaches out to tertiary institutions that teach creativity. If you know of a group that warrants special treatment then get online and make contact.

Otherwise, go to the fair on a celebrity hunting excursion. To see and be seen.